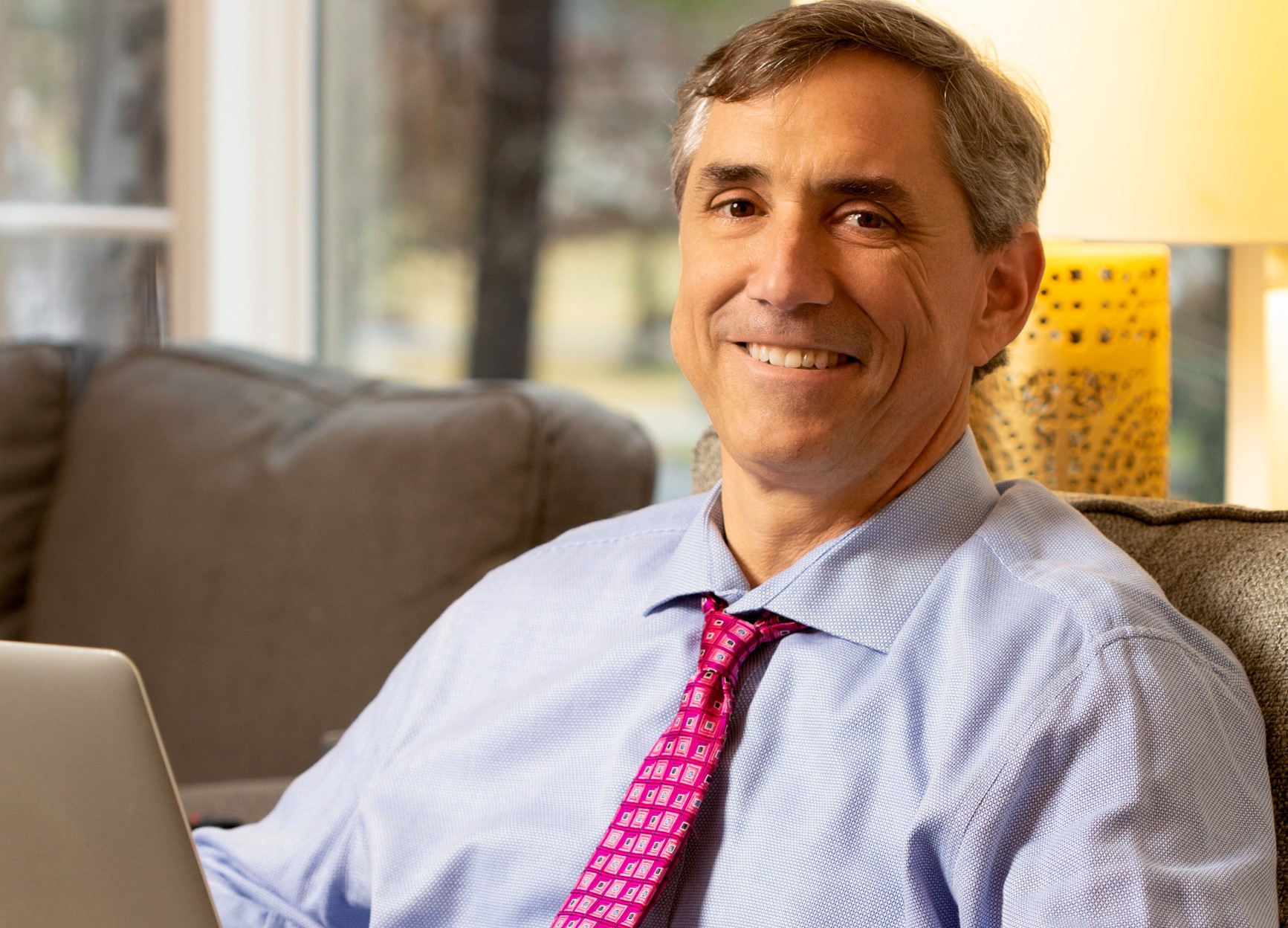 Writer, Teacher and Pastor, George Shamblin is that rare individual whose excitement on the day of his salvation never cooled. He’s a man who lives to challenge other Christians to take God’s gift to them, and pay it forward. It’s a challenge borne of equal parts enthusiasm and concern.

“At any given time,” he contends, “Christianity is never more than a generation from extinction.” So is Christianity itself in peril? “Of course not. But under the right circumstances, it is endangered in any given region of the world. Consider that, just a generation and a half after John Lennon outraged the West by quipping that the Beatles were ‘bigger than Jesus,’ Europe’s percentage of practicing Christians is in the single digits.

“I’ve seen far too many Christians who think of faith as a spectator sport, and I have always chafed at the cliché that ‘faith isn’t a sprint, it’s a marathon.’ It’s neither. Those are individual events, and one just happens to be longer than the other. True faith is a relay — a team sport if you will — and it’s up to all of us to pass the baton to others. Especially the runners who succeed us — the next generation.”

George’s relay began with what might be called the spiritual equivalent of a false start.

“I was raised in a church where someone carrying a Bible was, in all likelihood, a first-time visitor. One of the most hostile responses I’ve ever received in sharing my conversion story came from my childhood priest. He was genuinely furious to hear me say I’d only recently been saved, because, he said, I had already been baptized, and had dutifully gone through all the ceremonial rituals of my church.”

Accepting his own baton
“When I was at Auburn, I went so far off track that I was almost kicked out of my fraternity three separate times.” Sometime during his Senior year (1990 – ’91), George began paying closer attention to his brother-in-law — one of the first openly vocal Christians he’d ever met.

“He had something I wanted. I had tried several times to get whatever it was, through halfhearted prayer. And then one night, I dreamed two words over and over.

“The next morning, I pictured myself in an open pasture, waving a white flag and repeating those very words: ‘I surrender.’ That moment, I felt like I’d been struck by a lightning bolt. Later that day, I went to the hospital where my niece had just been born. The instant my brother-in-law saw me, he knew.”

While George saw his conversion as a definitive call to ministry, he followed the advice of a trusted friend — who told him, “Take another job first, and if you can’t see yourself doing anything else after a few years, then go into ministry.”

Answering the call. With one on hold.
Five years later, George was a successful pharmaceutical sales rep in Montgomery, AL, who couldn’t see himself doing anything but ministry. So in the summer of 1995, he asked the Elders of his church to pray that he and his wife Jill’s house would sell quickly enough that he could enroll for the fall semester at Reformed Theological Seminary in Jackson, MS.

George’s house sold within the month. Shortly thereafter, he learned he’d qualified for a $46,000 bonus ($77,440 in 2020 dollars) — provided he stay with Merck through the end of the year. Otherwise, he’d receive nothing.

It was enough money to pay for his entire 3-year tuition. So George went back to the Elders, assuming they’d understand if he postponed entering school by a semester. Instead, one of the men cited Luke 9:62 — “No man, having put his hand to the plow, and looking back, is fit for the kingdom of God.”

George called his manager at Merck to let her know his mind was made up. She then took it upon herself to send a request up the corporate ranks — which resulted in an unprecedented decision on his behalf: George would receive half of his bonus without being required to stay with the company any longer.

Lessons in humility
After receiving his Masters in Divinity in 1999, George went on to accept the position of pastor at a start-up church in Pensacola, FL. It was a position for which George found himself largely unsuited. “I learned that I am way too thin-skinned to lead a congregation. And yet, for all the failure I experienced, I witnessed a significant number of conversions.”

In 2007, George moved his family (now numbering four) to Birmingham, and he took another job in pharmaceutical sales; this time with far less success. Even with the pay from his adjunct professorship at Birmingham Theological Seminary, he and Jill struggled to make ends meet. When the recession hit, George took a third job to help pay the bills. “Although it was a minimum-wage position at Lowe’s, it put me in a place where I had the opportunity to encourage people on a daily basis — which is why I’ve never regretted it.”

Turning the corner
Sometime in 2011, George’s brother Keith recommended he reach-out to Richard Simmons — who’d left a successful career in insurance in 2000 to found what had become an equally successful men’s ministry and publishing house in Birmingham (The Center For Executive Leadership). “I could tell he was a good fit for us,” Richard remembers, but there wasn’t a position open at the time.

George kept in touch, and when a position became available in 2012, Richard came calling. “George is incredibly bright. He’s theologically rock solid. He’s such an enjoyable person to be around, but he’s also the kind of man who will speak the truth. And he relates well to men. He adds so much here, we’re lucky to have him.”

“I love my job,” says George, “because it allows me to serve the Lord in so many ways. I do men’s ministry A to Z — including: Ministering to non-believers, or believers who want to swim in deeper waters, and working with seminary students on specific issues.” He also serves as a trusted friend to pastors who “just need to unload, for whatever reason, without having to worry that their grievances will be reported in next week’s congregational newsletter!”

Chief in George’s affections among recent pursuits has been his foreign missions work — leading groups ranging from college students to businessmen and couples. “The Bible Studies I lead are important, to be sure. But we also need to turn our chairs around, and take our message to the world.”

Which brings us back to The Relay — which took nearly five years from initial inspiration to final edit. “It may be the hardest thing I’ve ever done, but it’s also been one of the most rewarding.

“At some point in life, it’s natural to consider the legacy you’re going to leave the next generation, the impact your life has had on others. Nothing would make me prouder, or more deeply humbled, to think that this book could positively impact others. And not just for a lifetime, but, well, forever.”