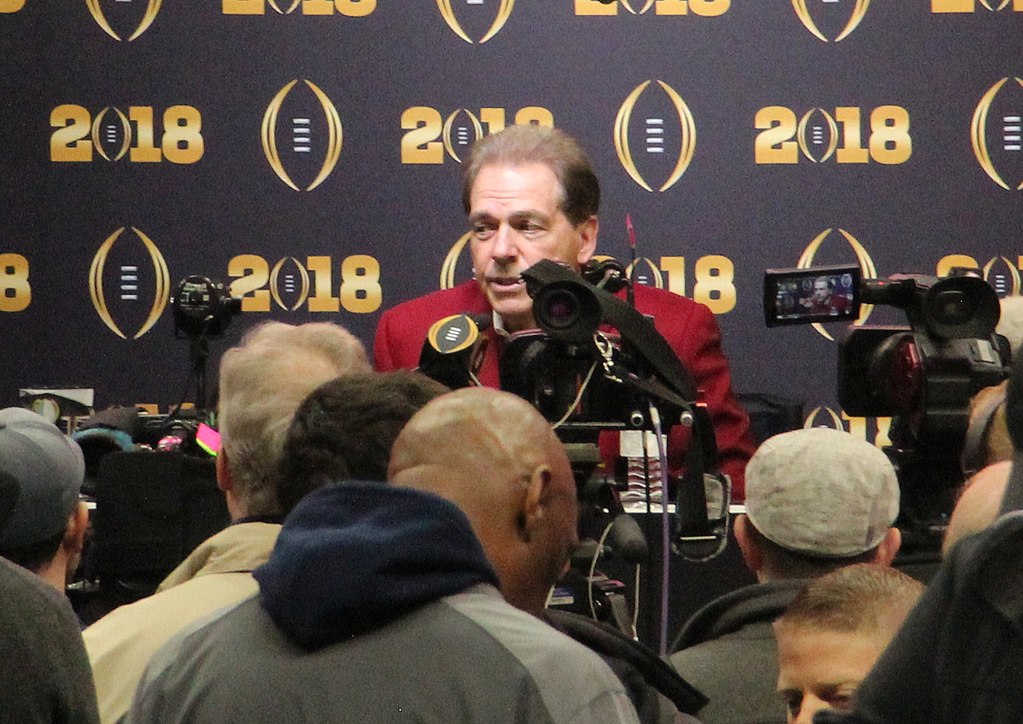 Several years ago, during his press conference after a resounding victory (marred only by a couple of minor mistakes), Nick Saban described the outing as “a perfect game. We won, and I still had something to be mad about.”

So it’s in honor of our beloved coach that I thought I’d celebrate Alabama’s latest championship by taking the month off, and recycling—for your entertainment—a few choice rants I’ve authored myself over the years.

LETTER TO THE CEO OF ORAL B
I recently received an Oral-B Triumph ProfessionalCare 9000 rechargeable toothbrush as a gift. Nice gift. That’s not why I’m writing.

I’m a healthy 47-year-old man. College educated. Above average intelligence. Reasonably adept with my hands. And my fingers. Two of which now have nasty cuts on the knuckles—one of which has been oozing pinkish yellowy pus pretty much all day. That’s because I made the decision to actually remove the Triumph 9000 from its cardboard box—which, as you probably know, is itself sealed into a remarkably protective plastic shell.

I figure you could have your secretary videotape you or your grandmother (heck, even your mom) at your office desk. Then you could upload the file to You Tube. After that, just email me a link.

Look forward to hearing from you. And to seeing you—or whoever—have at it.

LETTER TO EDITOR OF NEW YORK TIMES
In the intro paragraph to her profile of Cathy Crenshaw, “Daughter of Birmingham Plans Revival”, Donna Paul writes, “…After a period of prosperity and growth, Birmingham was brought to its knees by the Depression and wracked by the end of segregation. Birmingham has never fully recovered its prominence. Its population today, 230,000, is less than it was in 1930.”

After reading that, I was shocked to find, outside my front door, not one tin shanty, nor a single rusted pickup on blocks. I was equally taken aback that the golf course outside my back door was fairly overrun with golfers and carts, rather than squatters and campfires.

Over the next several days I searched for, but found, no evident signs of the Depression-wracked Birmingham so vividly and heartbreakingly portrayed in Paul’s words. Which led me to think that maybe, just maybe, journalistic accuracy was sacrificed at the altar of melodrama.

But then, maybe that’s the point: Sometimes a story is just too good to shackle with mundane facts. Even in The New York Times.

LETTER TO CBS SPORTS (THE DAY AFTER THE MASTERS TOURNAMENT)
“GIT IN THE HOLE!” It’s hard to say what’s most irritating about this current calling card of the self-important, middle-aged white guy—although it is amazing that anything could have ever topped “YEW-DA-MAN!” for naked, unabashed gall.

Equally amazing is how commonly “GIT IN THE HOLE” was shouted this past weekend after tee shots.

Consciously or not, the man who bellows this at The Masters has somehow convinced himself that doing so enhances enjoyment of the tournament for his fellow attendees, the millions watching at home and the golfers. I’d like to meet a single human being who genuinely welcomes hearing it once, much less over and over and over.

Seriously, if The Masters can revoke lifetime ticket privileges for anyone caught on the course with a cell phone, they can pass a rule forever banning this surpassingly idiotic epithet.

A “REPLY ALL” EMAIL
(Background: I was once among dozens of recipients CC’d an email which sparked an incredibly tedious Reply All conversation between two of those recipients—who apparently assumed everyone would be fascinated by their conversation.)

LACK-OF-INTEREST AUTORESPONSE:
I will be unable to not ignore this discussion for the foreseeable future. Please send any additional submissions directly to my Spam Filter. Thanks.

This column was originally published in the February, 2012 issue of B-Metro Magazine