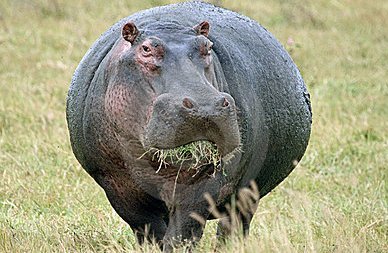 ## The following “Farewell” column was written by Thomas Spencer for the 10/26/03 issue of The Birmingham News. It remains one of my all-time favorite pieces from that fine and venerable publication. ##

Lord Baltimore Gin was his balm and pork his passion.

Virtually every evening after work, Franklin Headen would hold court from a plastic chair on the front yard of his home in the Fairmont neighborhood of North Birmingham.

Friends would join him—just a couple some nights, and half dozen on others. He drank his Lord Baltimore straight, no water, no ice.

He’d share his cigarettes and gin, (though, if he’d bought a big bottle, he’d pour some in a smaller bottle and hide his big one, so his guests wouldn’t take it all).

He was quiet around strangers but friendly, humorous and passionate with friends and family. He was a mediator and a sentinel in the neighborhood with a sharp sense of justice.

When women were in his company, he insisted that men behave. No bad language, no unwelcome advances. If Headen saw neighbors whipping their children or speaking to them abusively, he’d yell across the street and tell them to stop.

When a friend experimented with drugs and got too high, Headen picked him up, threw him across his shoulder and carried him home, reassuring him that he’d be OK and warning him to stay away from drugs.

HARD WORKER
He was generous to a fault. One day, when neighbors needed gas money and Headen had none to give, he pawned his brother’s gun and gave them the money.

But he didn’t like being taken advantage of. After his mother died, he allowed three male relatives to move in and share the three-bedroom house. A year went by and they still weren’t contributing to the household expenses, and after much anguish and building anger, Headen decided to lock them out.

During the ensuing argument in the wee hours, one of the men fired a gun into the house. A bullet struck Headen, killing him. He was 49.

He had grown up in the same neighborhood, the youngest of 12 children. His mother doted on him. And he remained devoted to her. Aside from some years in the Army, Headen lived with her most of his adult life and helped care for her.

Toward the end of her life, she lost both legs to diabetes. And last year when she was being kept alive by machines, he was the last to agree to let her pass.

Headen never formally married, but had three children who lived in the neighborhood with their mother. He was close to his children and supported them.

Despite his fondness for gin, Headen was a diligent and hard-working employee. A friend who worked landscaping with him said Headen would work so hard and so single-mindedly, Headen would unfailingly find himself twisted with muscle cramps at quitting time.

BURNED PORK
And no portrait of Headen would be complete without a mention of pork. In the evenings, as his friends departed and Headen got hungry, he’d put a piece of pork on to boil.

He didn’t care for chicken or beef, and had no real use for pork barbecued or baked, braised or broiled. He just liked it boiled, in water. Any cut would do. A roast, pig’s feet or ears, even chitterlings.

Waiting for it to cook, he’d settle down on the couch. Often the ritual would end with Frank asleep, the water boiled away, the pork burning and the house filled with smoke.

Headen’s sister would rush over to get their invalid mother out of the house and turn off the pork. When she’d roust Headen, he’d grumble: “I don’t know what y’all are so upset about. I can breathe. All you got to do is stay low.” He’d eat what he would salvage.

It happened so many times the deep freeze was full of pots with burned meat. That was Headen’s method of avoiding cleaning the uncleanable. His sister gave him a slow-cooking crockpot, hoping to solve the problem, but he burned that up too.

Not long before he died, Headen’s sister saw him studying the television intently. It was a nature show about hippopotamuses, and she asked why he was so interested.

As if he were visualizing the operation, Headen answered, “If you cut that hippo up just right, I bet it would be just like pork.”

Maybe that was a little glimpse of Headen in heaven, sipping Lord Baltimore and supping on hippo, boiled to perfection.