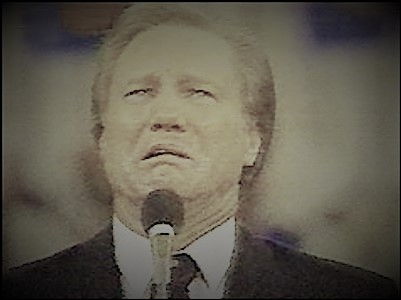 (OK, so it doesn’t work for everybody.)

In the space of roughly 3 minutes during Jay Leno’s 9:00 debut show on September 14, Kanye West effectively transformed himself from a leading candidate for my personal All-Time Celebrity Buffoon award to a guy I suddenly liked way more than I ever did before his Taylor Swift / VMA blunder.

If you’re now scratching your head for an explanation (and I salute your noble disregard of our ever-declining pop culture), Kanye West—on September 13—interrupted teen country singer Taylor Swift’s acceptance speech during MTV’s Video Music Awards ceremony to proclaim Beyonce the rightful recipient of Swift’s award. The good news is, even an MTV audience (never a bellwether of social grace) still recognizes abject egotism when they see it—and promptly showered West with a downpour of angry boos.

Talk about a George Costanza moment: “Was that wrong? Should I not have done that?” Actually, Kanye: No, you shouldn’t have. But so what? We’re talking about a superstar here—why should he care? Or so I thought. I was wrong. The next night, Kanye—who was already scheduled to perform on Leno—asked for a few moments to publicly apologize for his actions. Below is an excerpt of that apology.

“I’m just ashamed that [I] caused someone else’s hurt…And I don’t try to justify it because I was just in the wrong…Period. But I need to, after this, take some time off and just analyze how I’m going to make it through the rest of this life, how I’m going to improve.”

As a longtime observer of public apologies, what I found so extraordinary was this: There’s not even the hint of an excuse in those words. And while the online responses to the apology were overwhelmingly dismissive, I watched the video clip—and I believed him. More importantly, I applauded him.

What I didn’t know, until well after the fact, is that the VMA flap is far from Kanye’s first public ego trip. Still, the point here remains valid: Whether you’re a multiplatinum-selling rapper, a major corporate CEO, or a part-time checker at Burger Doodle, nothing restores a damaged image more effectively than a genuine, heartfelt apology.

Let me put it as simply as possible. When you screw up: Say. You’re. Sorry. And mean it. And don’t ever, EVER, use the word “but”. No matter how well-crafted the reasoning, “I’m sorry, but..” isn’t an apology. It’s an insult.

Which is not to say that extenuating circumstances cannot be incorporated into an apology. They can be—and, in many instances, should be. But not if the net result is a non-apology. Here’s a classic example: After former Alabama Governor Guy Hunt was found, in 1991, to have used the state plane for transportation to multiple preaching engagements that earned him thousands dollars, he issued the following statement: “I made a mistake when I failed to realize how a simple worship service in the practice of my personal religious faith could turn into such a controversy. And for that error in judgment, I am sorry.”

That’s not an apology for royally bilking Alabama taxpayers for his own personal gain. It’s a middle finger for the people who had a problem with it.

Two years later, former Attorney General Janet Reno took full responsibility for the disastrous FBI attack on the Branch Davidian compound in Waco, Texas—which left 75 dead, including 25 children. She stared straight into the cameras and said, “I made the decisions; I’m accountable. The buck stops with me.” She later assured Ted Koppel on Nightline that she would resign if necessary. Had a Presidential election been held the next day, Reno would have won in a landslide.

All that said, there’s no guarantee that an apology—no matter how heartfelt and genuine—will always make everything better. Some people just aren’t willing to forgive—no matter what. The good news for you is, that’s their problem.