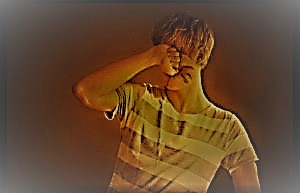 (This column was written for the  October, 2010 issue of
Randall-Reilly‘s RPM For Truckers magazine)

Details of the impending CSA2010 regulations are making their way into conversation among truckers these days, and it’s safe to say not everyone is enthusiastic.

One Southeastern-based driver—whose comments were offered off the record at the request of his employer—says, “Sounds to me like Washington is appeasing special interest groups who make good campaign contributions. It won’t make the roads any safer. Most truck accidents are caused by four wheelers. What they ought to do is train the people who cut us off right before exits, then slam on their brakes.

“If you ask me, it’s just the Same Old Same Old. We’re the ones they’ve picked to be the villains.”

Robin Cooper, an Owner Operator with Birmingham-based Baggett Transport, is more diplomatic: “Increased safety regulations are good if they’re actually going after the violators.” However, she continues, “if it’s true that a driver could be declared Out Of Service for something as small as a busted tail light, that’s petty.

“For starters, most problems like that are caused by poor road conditions. If Washington would invest in making the roads better, they wouldn’t have to worry so much about broken tail lights. I’m just thankful to be with a company that’s as supportive of their Owner Operators as Baggett is—because a lot of companies aren’t.”

Not surprisingly, Baggett’s VP of Safety Claiborne Crommelin has been working overtime to prepare his drivers for the new regulations. “Off and on, I’ve been revising a memo to our Owner Operators for the past three weeks.

“The number one thing on just about everyone’s mind right now is preparing drivers better than ever for passing inspections. The existing system places stronger emphasis on Out Of Service violations, so we’ve done the same in our training. Under CSA2010, it seems like we’ll have to worry about everything equally, so it’s a lot harder to establish priorities.

“We take a lot of pride in the safety record we’ve enjoyed over the years, but I honestly don’t know what the future holds. I don’t think anybody does for sure.” On the other hand, Crommelin points out, “One thing I do I like about the new system is the speed of feedback I’ll receive about unsafe carriers or drivers. So if we ever have potential problems, I’ll be able to deal with them a lot sooner.”

While stricter regulations are never popular, no reputable company is likely to insist there aren’t good reasons to tighten enforcement—given this statistic cited by Evergreen Transport’s Randy Watson: Before the CSA regulations, only 2% of all trucking companies were being audited.

Baggett’s Supervisor of Safety James Ragsdale agrees that universal enforcement is a good thing. But only to a point. “CSA 2010 could create an extremely un-level playing field. The government intends to enforce regulations equally for all trucking companies—which sounds fair. The problem is, Owner Operator companies don’t have the same control over their drivers that’s available to companies employing Company Drivers.

“I can’t place speed controls on my drivers’ trucks—and yet, I’m still held to the same level of responsibility for my drivers. If I’m going to be held to the same standards of liability, I should be able to control driver speed.”

“Actually,” Crommelin clarifies, “we can place speed controls on our driver’s trucks, but when we do that it increases our legal liability, in the event of an incident.” Is it any wonder the plot of Catch-22 centered on a branch of the Federal Government?

The one, and most potentially devastating, impact everyone foresees from CSA2010 relates to the cumulative points system levied against drivers—particularly when so many of those points can be for minor incidents. “I think it’s going to force a lot of good, experienced drivers out of the industry,” says Baggett driver Jerry Young. “And they’ll be replaced by less experienced drivers for the sole reason that they have fewer points on their records.”

Young, who’s spent a good deal of time studying the proposed regulations, pointed to a couple of puzzling inconsistencies in the points system: “For example, a driver gets more points levied against him (6) for a busted tail light than he does for running a red light, or for drinking four hours prior to work (5 each). Where is the sense in that?”