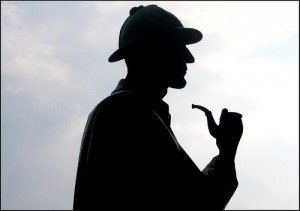 (This column was written for Target Publications, November, 2010)

If you’re a driver considering a change of employment, the words of Samuel Butler (1612 – 1680) still ring true: Look before you leap.

Look At Their Equipment
For starters, you can tell a lot about a trucking company by the kind of equipment they put on the road. And with CSA2010 just around the corner, the condition of your employer’s equipment can affect you, the driver, like never before.

“We’ve always kept our equipment well-maintained as a matter of pride, as much as anything,” notes Baggett Transportation’s VP of Safety Claiborne Crommelin. “But in the new regulatory environment, poorly maintained trucks and trailers can be a real red flag. If you’re working for a company that’s known for safety violations, you’re driving equipment that’s literally been marked for more frequent inspections.”

Whether the equipment passes inspections or not, that’s a time-consuming hassle which can cut seriously into your earnings ability when you’re paid by the mile. And that’s assuming you’re lucky enough to be driving equipment safe enough not to pose a threat to your safety.

Look At Their Driver Training
If a company’s equipment looks shoddy, there’s a fair chance their Driver Training support isn’t as strong as it should be. A vehicle inspection may be a hassle, but what you don’t know about CSA2010 can take you off the road altogether. “That was one of the main reasons we joined this company in the first place,” says Baggett owner operator Wanda Strong.

“For me, training means confidence. When we get pulled over for an inspection, we know what to expect. Some inspectors will try to intimidate you. But when you know you’ve done everything by the book, and all your paperwork is in order, you don’t have to worry. That’s why it’s so important for us to continue getting the best training possible.”

Look At The Contract
A company that’s willing to cut corners with maintenance and safety might also be the kind to nickel-and-dime its drivers. “Particularly if you’re an owner operator,” Crommelin continues, “you need to be sure a company won’t take advantage of you. For instance, by overcharging you on Qualcom fees, or excessive trailer rental charges.”

In other words, look at their written policies concerning driver compensation. If they don’t have anything written down, that should be another red flag.

Owner  operator Roscoe Dreckard learned about Nickel and Dime practices the hard way. “Before I came to work for Baggett, I drove for [another company]. Those guys always used to leave a little money out of my account. When I’d point it out to them, they’d act like it was a simple oversight, and they’d get it corrected. But when I finally left that company, they kept a lot of that money—and I never did get it back.”

Using little tricks to cut into your earnings is probably the sign of a much bigger problem. “Sure, every driver wants to earn as much as they can for a good day’s work,” says Crommelin, “but at the end of the day, we think the most important thing is how you treat your people as individuals.” For instance, will you have leeway to refuse the occasional load—in case you have family responsibilities you need to handle—without repercussions? For that matter, is the company willing to offer you the kind of loads you prefer, whenever possible?

Just as important, you need to know how busy a company is. If it isn’t operating at, or near, full capacity, chances are you won’t be either.

Look At Their Turnover
There’s one good way to find-out how a company treats its drivers: Ask a few. A company that treats its drivers right will be more than happy to give you contact names and numbers. Prepare a few open-ended questions before you call, and remember: Some drivers tend to feel threatened by the prospect of their company hiring new people, so take minor complaints with a grain of salt.

All that said, there’s no better indicator of driver satisfaction with a company than its turnover rate. So ask about it. If it’s unusually high, ask why. After all, there’s a chance the company’s turnover problem is the result of a hiring program that’s less discriminating than it should be.

Look At Their Marketing Materials
It may sound superficial, but marketing materials can say a lot about a company. If its materials are poorly designed and outdated, there’s a good chance the company itself is.

If the company’s marketing offers a compelling, attractive message beyond the basic Earnings Capacity promise, they’re either lying, or they’ve invested the time and effort needed to define what makes them different and special. Which probably also means they’re in the habit of investing the time and effort needed to make sure they really are different and special. And at the end of the day, isn’t that the kind of company we all want to work for?