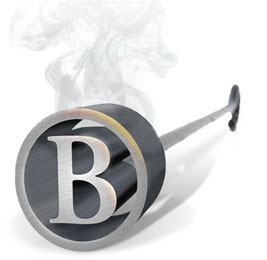 (This column was written for Randall-Reilly‘s January, 2011  e-newsletter)

Having served my first truck-firm client in the early 1990’s, I’m often surprised by how much companies will invest in their recruitment advertising budget, without first investing in clearly defining their core branding strategy.

With the likelihood of CSA 2010’s cumulative point system forcing a lot of experienced drivers out of work, thereby reducing the pool of prospects for everyone, the value of your company’s brand in attracting (and retaining) good people has never been higher.

Which leads to one obvious question a lot of people may have: Exactly what is a brand? The easiest answer I know is, it’s what comes into your mind when you think of a company or product.

It’s a lot more than just the slogan of the month. It’s who you are, from your people to your service processes. It’s the unique promise you can offer that no other company can make. It’s the goodwill attached to your company name, and it ultimately determines the value and status of your company in the market.

Just how valuable is your brand? Consider this: In 2007, an Integrated Marketing authority at UNC Chapel Hill analyzed the income and balance sheets of all the companies in the Fortune 500. He determined that, of their combined value of $14 Trillion, only $2 Trillion was tied-up in bricks and mortar. The rest was tied-up in that vast reservoir of marketplace goodwill that constitutes those companies’ brands.

One of the truly great examples of brand power I’ve used for years is the iPod. Before the advent of Smartphones, more than 100 million people regularly used one—and bought their songs at the iTunes store for up to $1.29 a pop; a price that could add-up to literally thousands of dollars spent before that player was filled with music.

That said, of all the people who still own iPods and faithfully pay iTunes up to $1.29 for every song they own, untold thousands—if not millions—know there is an infinitely more affordable alternative: Rhapsody. A service which allows its subscribers to fill-up, with music, any MP3 player except an iPod (which, by design, wasn’t compatible with Rhapsody) for a single monthly price of $15.99.

Granted, the iPod is the best overall player on the market. But it’s only marginally better than the second-best player (the Sansa—which, by the way, offers much better sound quality in my experience).

So why have so many people spent hundreds, even thousands, of dollars at iTunes—knowing they can enjoy infinitely more music for just $15.99 a month, using a Sansa? Because the iPod is cool. Just ask an iPod owner. That’s the power of branding.

Here’s the other critical point about your company brand: If you don’t invest in the expertise and resources necessary to accurately define it, the market will do it for you. And that’s likely to result in a significant disconnect between how you want the market to see you, and how the market actually does see you.

It’s a lot like a public service ad which ran a single time in my local Sunday paper, roughly 25 years ago, featuring a young girl (no older than 10) dressed exactly like Madonna: Mussed-up hair and headband, heavy makeup, gaudy neck bling, thrift-store dress, high-top boots. Under the photo was this headline: If You Don’t Provide Your Children With A Role Model, They’ll Find One For Themselves.

We’ve all heard the old saying: You only get one chance to make a first impression. Which means you can build the kind of company any driver would want to work for, but if a prospective candidate’s first impression of your company is a hastily-prepared, poorly-designed ad, flier or website, well…Draw your own conclusions.

So, what comes to mind when people think about you? More importantly, what can you do to make sure they’re thinking what you want them to? Tune-in next month.