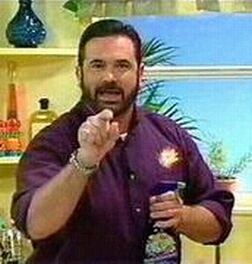 Of the three celebrities who died last week (including Farrah Fawcett and Ed McMahon), the one I’m going to miss the most is Billy Mays—our generation’s greatest TV Pitchman. I make no apologies.

As a glorified Snake Oil Salesman myself (as are, deep down, all ad-folk), the most obvious reason I admired him was that he consistently made money for the people and companies who invested in his services. But there are a number of less obvious reasons that are every bit as meaningful to me. First and foremost, as Mays told the Tampa Tribune in a May, 2009 interview, “I don’t take on a product unless I believe in it. I use everything that I sell.”

Frankly, I don’t see how anybody can represent a client or product they don’t believe in—and Billy always believed. In the process, he became a powerful brand himself. So when Billy said something was good, you knew he meant it. And, more importantly, you knew you could trust him.

Second, in the age of the Internet—a vast “gray area” if you will, where marketing is more about engaging in conversations with clients / customers, rather than openly selling to them—Billy represented a simpler time, when the good guys wore white. (Even if he did wear blue, and dyed the hair and beard jet black).

Third, there was just something uniquely American about Billy Mays. After all, one of the key qualities that makes this country so great is that we’re a nation of salesmen. Aside from the fact that we’re the world’s Entrepreneurial Capital, our very system of government is essentially based on salesmanship: You can’t force us to support a candidate or a cause. You have to sell us. And if you sell us something bad, you don’t keep your job very long (at least, that’s how it’s supposed to work).

At the same time, Billy was a captivating storyteller. He connected with people. And it’s that very quality that also makes America (for better and often, admittedly, for worse) the world’s leading exporter of popular culture: Our movies, music and art connect with people like nobody else’s do.

Finally, for all his bluster and bombast, deep down I always got the feeling Billy was a nice guy who never made himself more important than the products or people he served. Sarah Ellerstein, who worked with Mays at the Home Shopping Network, told the Associated Press, “Billy was such a sweet guy, very lovable, very nice, always smiling, just a great, great guy.”

And for that reason—above all—I hoist my glass of Orange Glo in his honor.