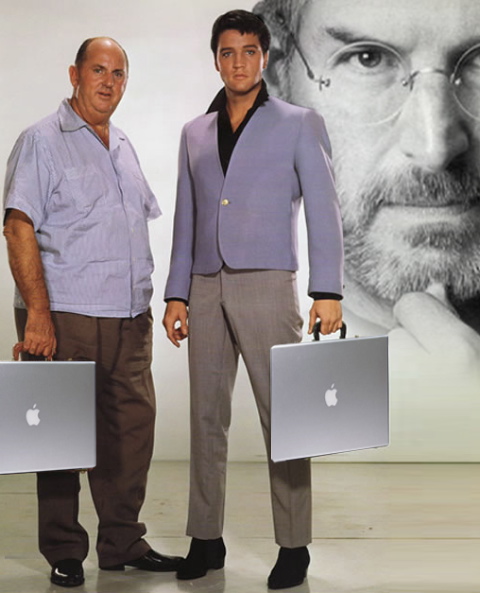 It’s six days after Steve Jobs’ death, and I interrupted my work flow this morning to click on a melodramatic story headline about the biological father he never knew. Needless to say, I can’t ever remember being so endlessly fascinated by a company CEO—which is why, at the 11th hour this month, I decided to shelve the column I was struggling mightily to complete, and offer my own two cents’ worth on Apple’s founder.

No less an authority than former GE leader (and business legend in his own right) Jack Welch is reported to have said that Steve Jobs was the greatest CEO ever. Although I haven’t given much thought to his competition, I’d certainly place him in the running. At the same time, I would unequivocally give Jobs my personal award as the single most aggravating CEO of all time.

First, a little background: Few, if any, industries have a more devoted Apple following than advertising. Among my professional peers, the fact that I have never purchased an Apple product for my own personal use makes me, well, downright weird. Don’t get me wrong: My agency has never bought anything but Apple computers for our art directors. And, I will freely acknowledge that any number of competing products I’ve bought for myself are functionally inferior to Apple’s.

So what’s my problem? Much as I appreciate the beauty and elegance of Steve Jobs’ vision, I abhor being told how I can, and can’t, use what I’ve already bought. And in the entire history of product manufacturing, I know of no more zealous control freak than Jobs was.

My first vexing Apple experience came when I rented an hour of time on one of the Macs at The Graphic Zone in the late 80’s. It certainly didn’t help matters that the quote-unquote “word processing program” they set me up with was Quark. But what literally sent me straight to the PC world—where I remain today—was how infuriatingly typist-unfriendly Apple’s keyboard was. That keyboard was followed by a series of successors which clearly met Jobs’ aesthetic standards, but (for my money) ignored even the most basic principles of ergonomics.

Those keyboards were followed and/or accompanied by a succession of equally aggravating mouses—which were objects of rare beauty compared to my butt-ugly Microsoft mouse, but lacked left/right-click and page-scrolling capabilities because Jobs refused (for years) to defile their unsullied design lines with dual-click buttons and rollers.

No matter. My artists were happy, and I was perfectly satisfied living in the uncool world, compatibly, with the other 95% of the market.

My exasperation with Jobs took a giant step forward with the introduction of the iPod—which was hardly the first MP3 player on the market, but was light years ahead of anything before it, in ease of use.

Problem for me was, Apple refused to make it compatible with Rhapsody—a service which gives subscribers click-and-play streaming access to about a million albums, and the freedom to download most of that music onto nearly any MP3 player but an iPod; all for a monthly fee of $9.99. Given the fact that there have been days on Rhapsody when I’ve listened, at a cost of under 52¢, to what would amount to $100 worth of iTunes music (at 99¢ a song), while both of my children are plugged into MP3 players filled with Rhapsody downloads, it still astounds me how completely Apple has come to dominate music sales.

That said, I wasn’t remotely surprised by the iPhone’s popularity. I still distinctly remember watching, with my son, the entire 30-minute introductory video at apple.com—and proclaiming, without a hint of irony, that it was probably the single coolest thing ever made.

But I was equally irritated that, for years, it was available only to subscribers of AT&T. Then there was the fact that Jobs refused to equip it, and the iPad, with Flash-file-playing capabilities; rendering partly or wholly inoperable, to millions of his customers, millions of websites built with Flash.

All that said, here’s the reason I wouldn’t disagree with calling Jobs the greatest CEO ever: Not one of my complaints has ever made any difference to Apple’s devotees. Because, for all his shortcomings, in my book Steve Jobs was the greatest brand-marketer who ever lived. So what if I saved enough money in one year, on music alone, to buy a super-bitchin’ full suspension mountain bike with 29” wheels and hydraulic disc brakes? Rhapsody will never be as cool as iTunes.

And yes, as long as Apple continues to exert constraints over user freedom, I’ll keep buying the other guys’ products. But as long as Jobs’ company continues living-up to his legacy for brilliant, innovative, user-friendly product design, I’ll be buying the other guys’ stuff with the full knowledge that, thanks to him, they are way better than they would have ever been without him.

This column was originally published in the November, 2011 issue of B-Metro Magazine