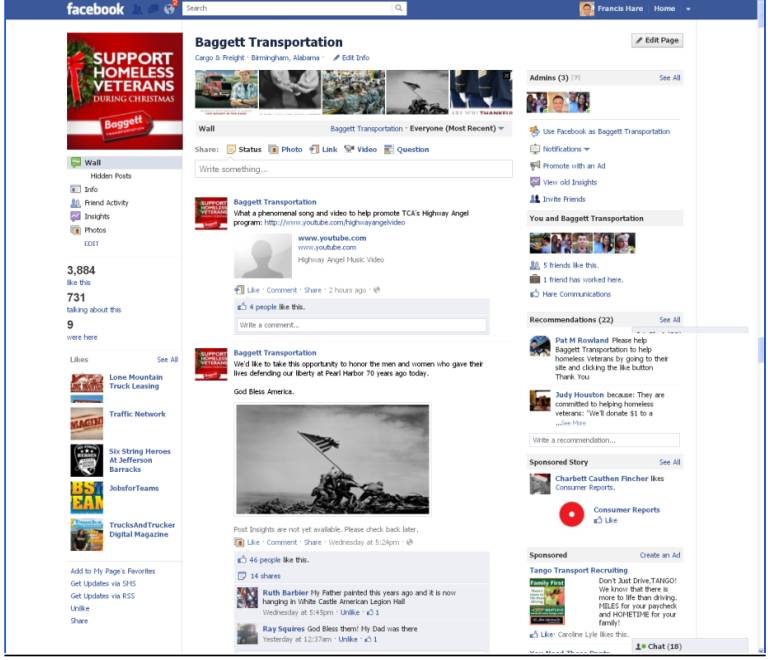 We’re particularly excited about the results we’ve achieved in building-up Baggett’s Facebook page following. In less than 3 months (and with a huge assist from Baggett’s Recruiting Director Daniel Buckhannan), we increased their Facebook Fan count from 36 to 3884.

“A decent People Talking About number works out to be anywhere between .5% and 2% of your total fans. More than 2%, and you’re clearly a rock star.”

All of which is why we’re extra proud to announce Baggett’s new brandline: No Brown M&Ms.*

*For those of you under the age of 40: At the height of their popularity, Van Halen aroused the ire of many a righteous journalist when it was revealed that their concert contract included a rider demanding that all brown M&Ms be removed from any backstage candy dishes. Far from being the ultimate symbol of Rockstar Self Indulgence (as it was widely labeled), the clause was inserted by the band’s attorney to test whether or not promoters were actually reading the contract.