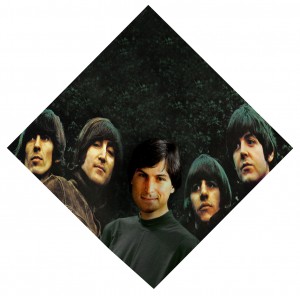 June 18, 2010: After months of intense speculation, adoring fans across America are queued-up (some since the night before) to be among the first to own the latest release from Apple. It’s a scenario not uncommon to my generation’s once-upon-a-time frenzy to procure tickets to a Beatles concert. And in many ways, Apple today has become this generation’s Beatles. An analogy with its upside, and its downside.

On the upside, Apple represents much of what is great about America, particularly in its near-unrivaled history of innovation. From the original MacIntosh to the iPod, iPhone and iPad, Apple has literally created new product categories altogether—fulfilling needs that consumers didn’t even know they had, and in the process genuinely improving quality of life for millions.

But it’s not just product features that makes Apple so unique: It’s everything about, and around, those products. From his consistently impeccable sense of product-design aesthetics to his advertising, packaging and product-delivery system, Steve Jobs has created arguably the strongest single brand in the world today. A brand that inspires cult-like loyalty, and consistently rewards its fans with the best products of its kind.

And since that brand is so carefully controlled, we never have to worry about anyone at Apple claiming, for instance, to be bigger than Jesus. Or inspiring millions to experiment with mind-expanding controlled substances.

Then there’s Apple’s recent track record for blockbuster commercial successes—which has been almost as strong as the Beatles’ was. All of which is why Apple (despite lagging significantly behind Microsoft in total sales) now has a higher market valuation than its Seattle-based competitor.

That’s pretty much where the rosy side of the analogy ends. For starters, the Beatles created art. Music that touched the souls of millions, and still resonates with listeners more than 40 years later. Apple makes things. And that new Apple thing you want so much right now? It’s replacing that old Apple thing you wanted so badly just a year or two ago. Forget about that new thing you just bought touching your soul for forty years. The 4g Thrill you’re currently experiencing won’t even last four.

Then there’s the fact that people actually waited all night, sleeping on sidewalks, to buy that thing. When people waited all night for Beatles tickets, they actually got better Beatles tickets. Waiting all night for that new Apple thing didn’t get anyone a better thing. It only got you an extra day or two with that thing. And honestly: How could an extra day with that new thing possibly be worth the pain and inconvenience you endured to get it?

That’s where the analogy gets really sad: What does it say about us, when one of our single most unifying cultural icons is a publicly-traded corporation producing perpetually-replaceable objects—rather than anything of lasting value?

I’ll bet, if you asked Steve Jobs in complete confidence, and promised to cut off your 4g high-def camera before he spoke, he’d admit that, fifty years from now, Apple’s latest Coolest Thing Ever Made will inspire about as much loving hyperbole as the Altair 8800 or the Commodore PET does today.

And yes, I freely admit that the iPad and iPhone are very possibly the two coolest things ever made. But if you asked me, Steve Jobs’ enduring legacy, the accomplishment that we’ll still be talking about fifty years from now, will be his role as a co-founder of Pixar Studios. Where they know a thing or two about touching people’s souls.

This column also appears on the B-Metro website: http://bit.ly/appletoapple
(Special thanks to Kevin Boyd for the photo illustration)