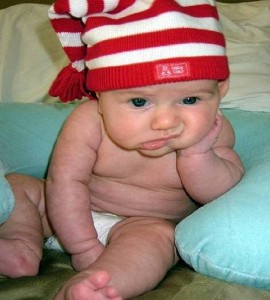 Despite the best efforts of my 13-year-old son, a monthly subscriber to Soccer America and a devoted fan of English League Football, I’m suffering from a serious interest deficit in this year’s World Cup. And the sad truth is, the American in me is winning-out over my own best efforts to maintain the same level of interest I had four years ago.

Forget, for a moment, that the US soccer team’s chances of winning The Cup are about as strong as Dale Junior’s. It’ll take nothing short of a tectonic shift in the sport (most notably the off-sides rule) and/or the American psyche for soccer to generate anywhere near the interest it commands in the rest of the world.

The most obvious problem is, of course, the lack of scoring; an Unforgivable Sin in a culture increasingly insistent on instant gratification. Adding insult to injury, there’s the all-too-frequent occurrence of games ending in draws. As Rick Reilly (one of our least parochial sportswriters, in my experience)  wrote in his June 15 column on espn.com,  “In the NFL in the past 10 years, there have been two ties. In the first 11 games of this World Cup, there have been five ties. I hate ties. Doesn’t anybody want to win in this sport?”

Lack of scoring, however, is only one element of the more serious disconnect between soccer and literally every sport with a popular following in this country: It simply isn’t TV friendly.

For starters, there’s the near-impossible task of Americanizing the broadcast with eye-catching graphics, stats and human interest stories—since the “action” (a term itself with which many Americans would take issue) only stops for serious injuries. For one, it relegates the match commentators’ role in the perceived drama to the level of pinball-game narrators. And, for another, it eliminates the possibility of all-important beer-grabbing and/or bathroom-visiting during commercial breaks—while minimizing opportunities for highlight-show-worthy instant replays.

Soccer is, overwhelmingly, a game of flow—whereas virtually every popular American sport hinges on The Moment: Fourth down. Ball at the one foot line. Penn State down by six points. These are the moments we’ll discuss between plays, during timeouts, at the water cooler, across the dinner table, on the talk shows (hell, everywhere) for decades—and in American sports, virtually every big game produces scores of those Moments. Not so in soccer.

Moreover, because of that Big Moment structure, the crowds in American sports play a central role in the games’ drama. We love hearing the roar before and after every big play—in the same way that we love our sitcoms filmed before live studio audiences: That way, the folks at home always know when to roar, or laugh, as the case may be.

Soccer crowds have never been particularly punctuative. But this year, the human voice of the crowds is utterly de minimis, under the unsurpassingly-irritating drone of the vuvuzelas (3-foot-long plastic trumpets)—which South African fans blow, without so much as an inhale, from well before the national anthems to well after final whistle. Given their average 130-decibel output (10 above the human pain threshold), numerous players have complained they can’t hear themselves thinking—and (again, the TV issue) it’s forced ESPN’s technicians to dramatically alter the sound mix.

Yes, I understand vuvus are an important part of the South African culture—and since they’re the host nation, I should be sensitive enough to accept them. But the American in me cannot listen to those horns blare without asking, “Seriously, what the hell?” I’d honestly rather hear Mississippi State’s clanging cowbells.

And finally, for me the World Cup has suffered greatly in comparison to this year’s unusually compelling NBA Championship Series—Game Five of which, for instance, produced a third quarter so highlight-filled that even my wife was glued to the set. Except, of course, during the commercials—when we enjoyed every available opportunity to recount the Moments, grab more beers, and run to the bathroom. Because after all, that’s what we Americans like to do.

This column (which was written during the World Cup’s first round, or Group Stage) appears in the July print edition of B-Metro Magazine