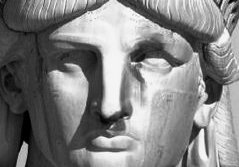 I was deleting unimportant emails the other day, and clicked on my Sent Items folder—where I discovered that, somehow, Outlook Express had deleted every message I’d sent since February 16. That’s at least 2000 messages, and the vast majority of them were business related. What’s more, no message I send right now registers in the Sent Items folder—so if I want to have a record of any email sent, I have to CC myself.

Turns-out my Sent Items folder is corrupted. So why am I not in a full state of panic? First, Erin’s dad is a computer genius—and there’s a good chance he can restore them. But in the meantime, the idea that I won’t some day have to sort through those 2000-odd messages, and determine if there are any I need to keep, is a load off my mind.

For years, I killed every message (Inbox and Sent) over six months old—and I never once regretted it. Now all of a sudden, I’m not so sure it’s a big deal killing even more recent messages. A big reason for that is, we only work with people we like—which drastically reduces the importance of saving messages to “protect” yourself against future He Said / She Said conflicts.

The other thing is, it feels almost like starting over. In a good way. All those messages I could see every day in my Sent Items folder may have served as more of an albatross than a record of accomplishment and achievement.

All that said, if I have the option to recover them, yeah, I guess I will. But right now, I’m enjoying the freedom.