Our topic is PR blunders, and was inspired by two classic gaffes I discovered just today.

NUMBER 1: THAT’S YOUR LAST SHRED OF CREDIBILITY SAILING AWAY. 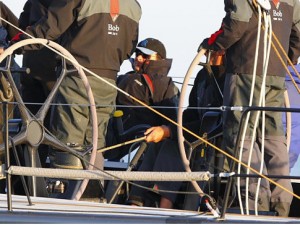 By now, you’ve surely heard that BP CEO Tony “I Want My Life Back” Hayward gloriously reclaimed some of his old life this past weekend by competing in a yacht race. Unsurprisingly, that bracing jaunt was in the jolly clean seas around Great Britain’s Isle Of Wight. Not the Gulf Of Mexico—where Hayward has, once again, defied predictions that his image couldn’t get any worse than it already is.

Let’s be honest here: There is nothing good Tony can do for BP at this point, short of allowing the company to fire him—and issue a tersely-worded press release announcing the decision.

Let me make this point clear: Hayward would be doing BP an additional disservice by resigning. The public doesn’t want to see an act of sacrifice from Hayward—and wouldn’t believe him if he said it was his decision. We want to see his ass summarily tossed to the curb. And if he ever wants people to like him again, a public firing is a lot more effective than a resignation in generating the sympathy “foundation” on which he can begin rebuilding his image.

So what else would I do if I were BP? First, I’d hire another PR firm. One, by the way, that’s smarter—and more experienced—in crisis management than I am. But off the top of my head, I would start by using Social Media the way it’s intended to be used: As a dialog medium—not a broadcast medium. Angry people are going to be posting nasty messages about you all over Facebook anyhow; why not give them more freedom to do so on your own page—where you can at least control the response?

Second, I would expand the campaign BP has already launched—profiling actual Gulf area residents involved in the cleanup effort. I like Barryl Willis, the Louisianan whom BP has featured in print and TV ads, discussing his commitment to Gulf residents in leading his company’s legal claims process. For starters, he’s not Tony Hayward.

But I’d take that idea a step further: I’d start profiling non-BP employees working with the company on the cleanup. LOTS of them. I’d even consider building a website featuring those people. Maybe even allow them to blog about their experiences.

Yes, there’s clearly a risk this idea could lead to some negative blogging. But if BP demonstrated absolute goodwill with those people in its mission to make things right, and faithfully followed-up on problems those folks encountered in their own cleanup efforts, I’ll bet they’d start winning some converts.

Got a classic PR gaffe—new or old—that you’d like me to add to this column? Shoot me an email ( francis@harebrains.com ), and I’ll post the best of the best.

COMING SOON…Part Two: This Little Piggie Went WeeWeeWee All The Way To Court.