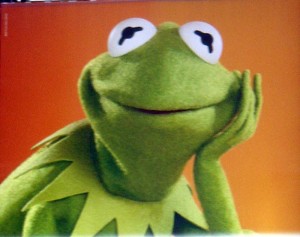 (Column written for the November, 2010 issue of
Randall-Reilly‘s RPM For Truckers magazine)

Going Green. The term alone sounds expensive—which, in the current economic environment, probably makes it a great idea for most trucking companies to postpone. At the same time, if going green means minimizing fuel costs as much as it means reducing one’s mythical carbon footprint, who doesn’t want to do that?

“I am very much a proponent of reducing our company’s emissions, and our carbon footprint,” says Vince Dove, Operation–Sales & Marketing Manager with New Waverly Transportation in Hanceville, Alabama. “At the same time, we’re an Owner Operator-based company, so we don’t can’t force our drivers to take proactive Green measures—beyond making sure they’re meeting all existing environmental regulations.

“We certainly recommend that our long-haul drivers use APUs for on-board power, instead of their truck engines, to minimize emissions during idle times. Aside from the positive impact it has on the environment, APUs are clearly a good long-term investment for cutting fuel costs.”

Speaking of which, one company that’s maintained a decades-long commitment to environmental responsibility has brought two highly-efficient APUs to market in just the past few years. Thermo King introduced its first diesel-powered APU for 2004/2005—and added a battery-powered unit to its lineup in 2009. “These units have been extremely well-received by our customers,” notes Tom Kampf, Trailer & Rail Product Manager for Thermo King North America. “As a matter of fact, our APU sales have increased significantly in just the past two years.”

Now, consider just how big it is to have enjoyed any sales increase, given the fact that one of those two years was 2009—widely considered among the worst this industry has ever endured. Which should tell you a couple of things: There is a clear interest in the market to reduce (at the very least) fuel consumption. And Thermo King has clearly satisfied a niche in the market with its APU products.

While minimizing truck-fuel consumption is the most obvious area for the industry to Go Green, a number of companies are taking a good look at how they do business in other areas. Ron Jacobs—Safety Trainer, Fleet Developer and Driver Recruiter with Cullman, Alabama’s James R. Smith Trucking—notes, “We’ve taken a number of measures to minimize our environmental footprint in the office. For starters, our operation is going increasingly paperless. I got that message loud and clear from our new boss just the other day. I’d left a document printout for review on her desk—and right after she returned to the office she sent back an email with her input, and this closing comment: ‘By the way, I don’t do paper!’

“I’m guessing,” Jacobs says with a smile, “that’s one of the reasons we have PDF document writers! It’s certainly an indication of the direction this company is headed. We fully intend to have our drivers paperless well in advance of the 2012 – 2014 deadlines I’ve read about. First, it’s the right thing to do. But just as importantly, I think it’s going to eliminate a lot of driver stress—because keeping up with all that paperwork can be a pain.”

Jacobs did note that his company was unable to institute an office recycling program—for the simple reason that Cullman doesn’t currently have a local  recycling center. (Hmm, sounds like a worthwhile ballot initiative…)

Which brings-up the age-old question: What’s ultimately going to drive the industry toward a Greener future…Market forces and plain-old good intentions, or increased governmental regulation? In New Waverly’s case, the answer clearly leans toward the former. Dove explains, “While we can’t require our Owner Operators to go beyond the existing requirements, in 2009, New Waverly replaced almost its entire fleet of company pickups and SUVs with 4-cylinder Nissan Altimas and pickups.” That’s an investment of 107 new vehicles. “I have to admit, I miss having the power of a larger engine sometimes,” he continues, “but it’s a small sacrifice to make, when you consider that our company-car fleet has doubled its fuel efficiency.”

All that said, a lot of people will tell you buying used equipment is actually more environmentally friendly than, for instance, buying a super-efficient new vehicle. As Matt Power noted in the May, 2008 issue of Wired magazine, it takes 113 million BTUs of energy to make a Toyota Prius. Because there are about 113,000 BTUs of energy in a gallon of gasoline, the Prius has consumed the equivalent of 1,000 gallons of gasoline before it reaches the showroom. That creates a “carbon debt” that won’t be paid off until the odometer reaches 46,000 miles or so (Although, to be fair, an earlier study by Seikei University in Japan puts the payoff point at closer to 20,000 miles).

Whichever number sounds more accurate to you, we can be certain about this: There’s only one planet worth living on—and it certainly deserves our responsible stewardship.