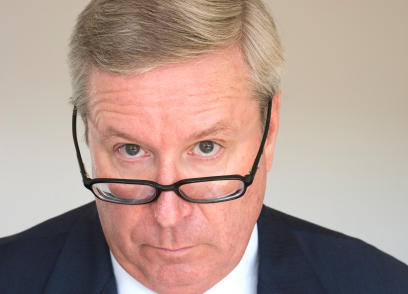 If you asked me, Pete Townshend’s classic line
has a lot more to do with attitude than age.

And, oh yeah: I like being 51. Way more than 31 or 21. And frankly, I’m not seeing a convertible Vette or a trophy wife (correction: A second trophy wife) anywhere in my future.

That said, living like an old man is far from the same thing as thinking like one. And I can distinctly remember that kind of thinking starting to happen around me as early as college. That was probably my first real exposure to the Silent, Smirky type—who doesn’t so much listen during conversation, as process others’ comments through the Smug Superiority filter. But then, that type usually comes from bad breeding, not premature aging—which strikes me as more of a resigned insistence that playtime, of any form or fashion, is officially over.

By my mid-20’s I’d learned to never ask anyone (especially guys), “What have you been doing lately?” because the answer was almost invariably the same: “Working.” Now there’s a fail-safe conversation killer. Not that other people’s work isn’t interesting to me; far from it. But it certainly isn’t interesting when that one-word response is delivered with all the enthusiasm of, say, “Herpes.”

Which is why, for the past 25 years or more, I’ve added two key words to that common question: “What have you been doing for fun lately?”

For about a decade, that produced consistently more interesting responses. But by the time I hit my mid-30’s, one answer became more and more common—and it was some variation on “Just chasing the kids.” A response which, by the time I hit my 40’s, typically meant weekends centered around organized sports—and often involved out-of-town (even out-of-state) trips, at family expense.

Again, don’t misunderstand: More often than not, Martha and I have enjoyed attending our own children’s soccer and basketball games. At the same time, they have always been well aware that Mama and Daddy have lives outside of their team activities. (Although it could be stated, with equal accuracy, that we’re simply too selfish to support Travel Team athletes.)

Now, to be perfectly fair, a lot of parents enjoy the Travel Team experience. I respect that. Particularly when you consider that the intense training and effort might just pay-off, down the road, in the form of scholarship offers.

But what really baffles me (even at my advanced age) is how often I’m now hearing the same answer to the question, “What have you been listening to lately?” Answer: “Whatever the kids are playing.” In the first place, kids have lousy taste in music. But more importantly, Mom and Dad, let’s remember where they’re playing that lousy music: On your stereo. In your car. And if it’s a weekend, probably during your free time—headed to and/or from their games.

Equally surprising is the number of young parents who already sound just like “Moms and Dads”. Like when people my age are shocked to learn that teenagers today often get into exactly the same kind of trouble we got into thirty years ago. Now, for the sake of full disclosure, I would be shocked if my kids got into the same kind of trouble I used to get into. But that’s entirely because I haven’t been cursed with the kind of children I deserved. Not because I’ve forgotten what it was like when I was their age.

Of course, appearing clueless and out of touch doesn’t necessarily make you uncool. My buddy Tom Spetalnick’s 81-year-old father, Ron, is still one cool cat in my book, despite starring in the all-time, ultimate Uncool Parent story. One day after high school, Tom arrived home—where Ron was mowing the front lawn wearing white loafers, knee-high black socks, and a Speedo. “AWWWW!” Tom wailed, “You look like someone’s Dad!” Ron thought about it, and asked, “Whose Dad?”

This column was originally published in the October, 2011 issue of B-Metro Magazine