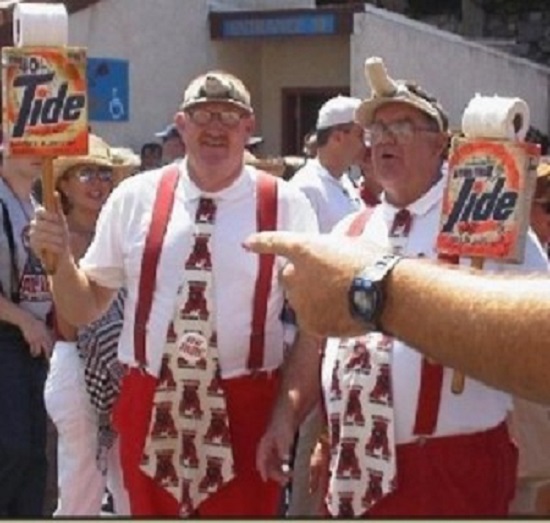 Last year my cousin Suzelle emailed me a snapshot from the apartment she owns in Paris—along with a friendly, “You should come visit sometime.” Oops.

Yes, this past July, the Birmingham Harebillies were in Paris when The Tour de France rolled into town. It’s an event I follow for three weeks every summer almost as obsessively as I do college football year-round. However, a huge part of the Tour’s appeal, for me, is the commentary of Versus Network’s British broadcast team (Phil Liggett and Paul Sherwin). So I can’t say I was overjoyed to be smushed, for hours, in the crowd along The Champs-Élysées—just to catch a semi-obstructed glimpse of the event zooming past.

When the race finally did reach us, I was struck by how deeply it moved me. But it wasn’t the Peloton that did it. After all, that’s just a bunch of guys riding bikes in daffy outfits. What got me was the shiny red Skoda (the Tour’s official “pace” car), and the PMS 012 Yellow motorcycle carrying the PMS 012 Yellow-clad cameraman. In other words, it was the Tour de France brand that stirred my soul.

Same thing happened when I had the chance to attend The Masters several years ago. Sure, it was neat being within a few feet of Phil Mickelson. But what really made the heart thump was my first sight of a caddy wearing the same white jumpsuit and green baseball cap that Masters caddies have been wearing as long as I can remember. In a very real sense for me, that’s The Masters.

All of which is why I can’t think of a place where the essence and importance of a brand is more easily understood on a gut level than sports.

I’ve said it in this space before: In the most general terms, a brand is what comes into your mind when you think of a company or product. In sports-related terms, the clearest definition of what a brand means can be found in this oft-spoken truth: “That’s how we do things around here.” No less important is how we don’t do things, as well: Like sending Bama’s boys onto the field in white helmets (thanks, Perkins), or slapping tacky drop-shadows on Auburn’s jerseys (great idea, Terry).

Which is the main reason I’m still a bit flabbergasted that Auburn fans have taken so enthusiastically to wearing bright orange to games. Yes, it shows up well on TV, but let’s be honest: No white-skinned human looks attractive in that color. More importantly, Auburn’s jerseys are still, thankfully, blue: Why not look like the team you support?

Of course, a sports brand (like any brand) goes way beyond colors and logos. Which is why, for instance, Tide fans cringed when Stallings’ players punctuated big plays with the arms-crossed “X-Team” gesture. And why Tiger fans were so quick to run-off Bowden when he and his Dink Pass offense started racking-up the losses. You’re supposed to make big plays in Tuscaloosa—so when you cross the goal line, as Bryant used to say, “act like you’ve been there before.” And you don’t run an offense in Auburn without a power running game—particularly after you’ve won 20 straight with one.

Maybe you’ve been struggling with defining and building your own brand in the marketplace. Try thinking of your organization as a team. How do you do things around there? More importantly, what comes to mind when your fans think of you? If you don’t know, ask them. If the answers you get are vague, or less enthusiastic than you’d like, it could be something as quote-unquote “simple” as your brand’s creative platform. On the other hand, it could be that you need a new game plan altogether.

Whatever the case, remember the immortal words of Caddyshack golfing great Ty Webb: “There’s a force in the universe that makes things happen. All you have to do is get in touch with it. And be the ball, Danny. Be the ball.”